Early in the morning of June 9th, a bill referred to as the Bitcoin Law passed through the Salvadorian congress with a supermajority of 64 out of 82 votes. Introduced by the nation’s president earlier in the month, the legislation made the Central American nation the first in the world to recognize a cryptocurrency as legal tender.

While waiting for the results of the vote that day, Nic Carter, a writer and journalist who focuses on Bitcoin and blockchain developments, was hosting an otherwise uneventful Twitter Space, a voice-only discussion room, for members of the Bitcoin community to discuss the bill. He was surprised when the president of El Salvador, Nayib Bukele, the president’s campaign manager (who is also his brother), and the Mayor of the capitol city, all popped in to listen to the conversation. The Twitter Space host quickly invited them up to speak. President Bukele joining the Twitter Space was not planned, and speakers were not vetted for questions. What followed was an impromptu, unscripted interview of sorts.

Over 21,000 people ended up in the Space listening to the 39-year-old president answer questions from the Bitcoin community. Notables present included Mark Cuban, Eric Weinstein, Washington DC Mayor Muriel Bowser, and even Twitter and Square CEO Jack Dorsey. The president answered as many questions as he could, ranging from how he thought the law would impact the Salvadoran economy, to his nation’s relationship with the US Federal Reserve, to whether or not bitcoin would be kept on the balance sheets in the Salvadoran central bank, to even whether or not the country was planning on giving incentives to new companies looking to develop blockchain technology. The president even mentioned that he used to mine bitcoin himself. It was a transparent and honest way of talking to a modern-day politician. He stayed in the Space for over an hour while the Salvadoran congress voted on the bill. It passed to the sound of roaring applause.

The Bitcoin Law raises plenty of logistical questions as well as questions about how the government of El Salvador plans to use the bitcoin they hold. Bitcoin is already being used in a number of places around the world as a currency for goods and services. Ukraine has a pet store and gas station network that take payments in bitcoin. In Thailand it can be used to buy houses, cars, and jewelry (this list is far from exhaustive). The big difference between that and what El Salvador just did is that the merchants of Thailand are the ones who decide whether they want to accept bitcoin or not. In El Salvador, the government is the one backing the legitimacy of Bitcoin, requiring and facilitating widespread use.

What’s Included in the Bitcoin Law

– Bitcoin becoming legal tender means that merchants in El Salvador, by law, must accept bitcoin as currency for goods and services. Below is a short clip from a Twitter post showing how it works in practice.

– The bill states that making exchanges between bitcoin and another currency will no longer be subject to capital gains tax, adding El Salvador to a short list of nations that don’t tax bitcoin. This changes bitcoin from an asset (like stocks) where one is taxed on any profits when the asset is sold to a currency that can be exchanged for other currencies with no tax.

– The government is setting up a trust fund that will be used to buy bitcoin from merchants in exchange for US dollars (USD). This will reduce the impact of the volatility for merchants who don’t want to hold bitcoin.

– Though it won’t be mandatory to use, the government will create a “Bitcoin wallet”—a software program in which bitcoin is stored—that will act as a direct line between merchants and the central bank’s trust fund. Merchants who do not wish to hold bitcoin on their balance sheets can exchange their bitcoin with the government for USD directly through the wallet.

– Taxes may be paid in bitcoin.

– The law includes exceptions for those “who do not have access to the technologies that will allow them to carry out transactions in bitcoin.” Meanwhile, the Salvadoran government will “promote the necessary training and mechanisms so that the population can access bitcoin transactions” by creating complementary legislation that will bring internet access to everyone in El Salvador, including the technological upgrades necessary to begin accepting Bitcoin as a currency nationwide (according to the Twitter Spaces call).

– The bill did not include any incentives for Bitcoin mining, but it is something that the president wants to do later. He noted that El Salvador has a lot of geothermal energy that it could capitalize on, to make Bitcoin mining more green.

– On June 9th, President Bukele announced that he instructed the president of one of El Salvador’s state-owned geothermal electric companies to begin drawing up plans to offer facilities for mining Bitcoin, stating that it would be “very cheap, 100% clean, 100% renewable, 0 emissions energy from our volcanos.” Later that day it was announced that they had already dug a new well specifically for mining Bitcoin.

– The president continues to post updates about ongoing developments.

Concerns and Setbacks for the Bitcoin Law

– On June 8th, Gerry Rice, a spokesman for the International Monetary Fund (IMF) said, “adoption of bitcoin as legal tender raises a number of macroeconomic, financial and legal issues that require very careful analysis [sic] so we are following developments closely and will continue our consultation with authorities.”

– On June 16th, the World Bank rejected El Salvador’s request for technical assistance in implementing the Bitcoin Law, saying, “While the government did approach us for assistance on bitcoin, this is not something the World Bank can support given the environmental and transparency shortcomings.”

– In an interview on June 15th, Professor of Applied Economics at Johns Hopkins University and former economic advisor to Ronald Reagan Steve Hanke said that the congressmen and president who approved the Bitcoin Law were “stupid” and expressed concern that “all the dollars in El Salvador could be vacuumed up” by international entities, thereby collapsing the entire economy. He notes the high fees of converting bitcoin to USD at ATMs as another notable downside.

– The Farabundo Martí National Liberation Front, an opposition party in El Salvador, has filed a lawsuit against the government saying the Bitcoin Law is unconstitutional.

– A survey of 1,600 individuals conducted between 11 and 15 June by the Salvadoran Chamber of Commerce and Industry indicated that some 80% of Salvadorans do not want to receive payments or salaries in bitcoin. On June 16th, El Salvador’s Minister of Labor and Social Welfare, Rolando Castro, said the country is not yet ready to adopt bitcoin for salary payments.

Hopes For the Bitcoin Law

– President Bukele says that he wants this bill to create new jobs and provide financial inclusion for thousands outside the formal economy.

– Regarding the impact of Bitcoin on El Salvador’s economy, President Bukele says, “My dream would be that El Salvador will transit its way from the Third World to the First World. It’s probably not going to be done in a couple of years but, you know, probably at least we can set up the path.”

– Foreigners can now gain permanent residency in El Salvador by investing a minimum of three bitcoin into the country. Economic experts speculate that “a handful of crypto millionaires moving to El Salvador could transform the country.” So far, it seems to be working.

– Some wonder if El Salvador’s adoption of bitcoin as legal tender might influence IMF’s stance towards cryptocurrencies. In 2018, when asked whether the IMF would hold crypto assets in the future, IMF Deputy General Counsel Ross Leckow responded, ”for that to happen under this current legal framework, some country would have to use a crypto asset as its currency.”

– A Forbes article from June 17th suggests that because of the World Bank’s charter, which expresses a “commitment to accept payments from member states in local currencies,” the World Bank may be forced to take bitcoin payments from El Salvador. The World Bank is an international financial institution that provides loans and grants to low- and middle-income countries.

El Salvador has opened the door for more countries to officially implement the use of cryptocurrency, and some are following their lead. Since the passage of El Salvador’s Bitcoin Law, politicians from several other countries have expressed interest in making similar laws. In fact, Panamanian congressman Gabriel Silva has announced plans to introduce a cryptocurrency bill in July.

There are underlying reasons why countries which have a central bank controlled by the US or that do their accounting in dollars might be interested in implementing similar Bitcoin laws for their own nations. In 2020, the United States “printed” massive amounts of money for the COVID stimulus bills, leaving other countries that use the dollar with none of the benefits and all of the inflation.

The legalization of bitcoin as a tender offers a way for countries to have and hold currency that, in theory, can’t be created or controlled by anyone else. Perhaps other countries are getting tired of their economies being subject to the policies of the US and its wealthier allies.

The bill is scheduled to go into effect in September, 90 days after it was signed into law.

Sign Up to Peer Review
Become A Member
Donate to Support Donate Bitcoin to this address

Scan the QR code or copy the address below into your wallet to send some Bitcoin to support our independent journalism. Donate Ethereum to this address

Scan the QR code or copy the address below into your wallet to send some Ethereum to support our independent journalism.

Donate Tether to this address

Scan the QR code or copy the address below into your wallet to send some Tether to support our independent journalism. 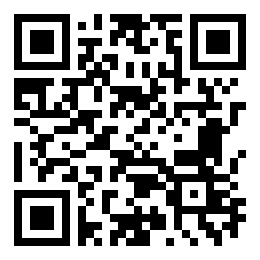 Donate Dogecoin to this address

Scan the QR code or copy the address below into your wallet to send some Dogecoin to support our independent journalism.

With the Clarity Membership you have the option to Pick Your Price, starting at $15/month. Thank you for your support!

Thank you for being our biggest supporters!